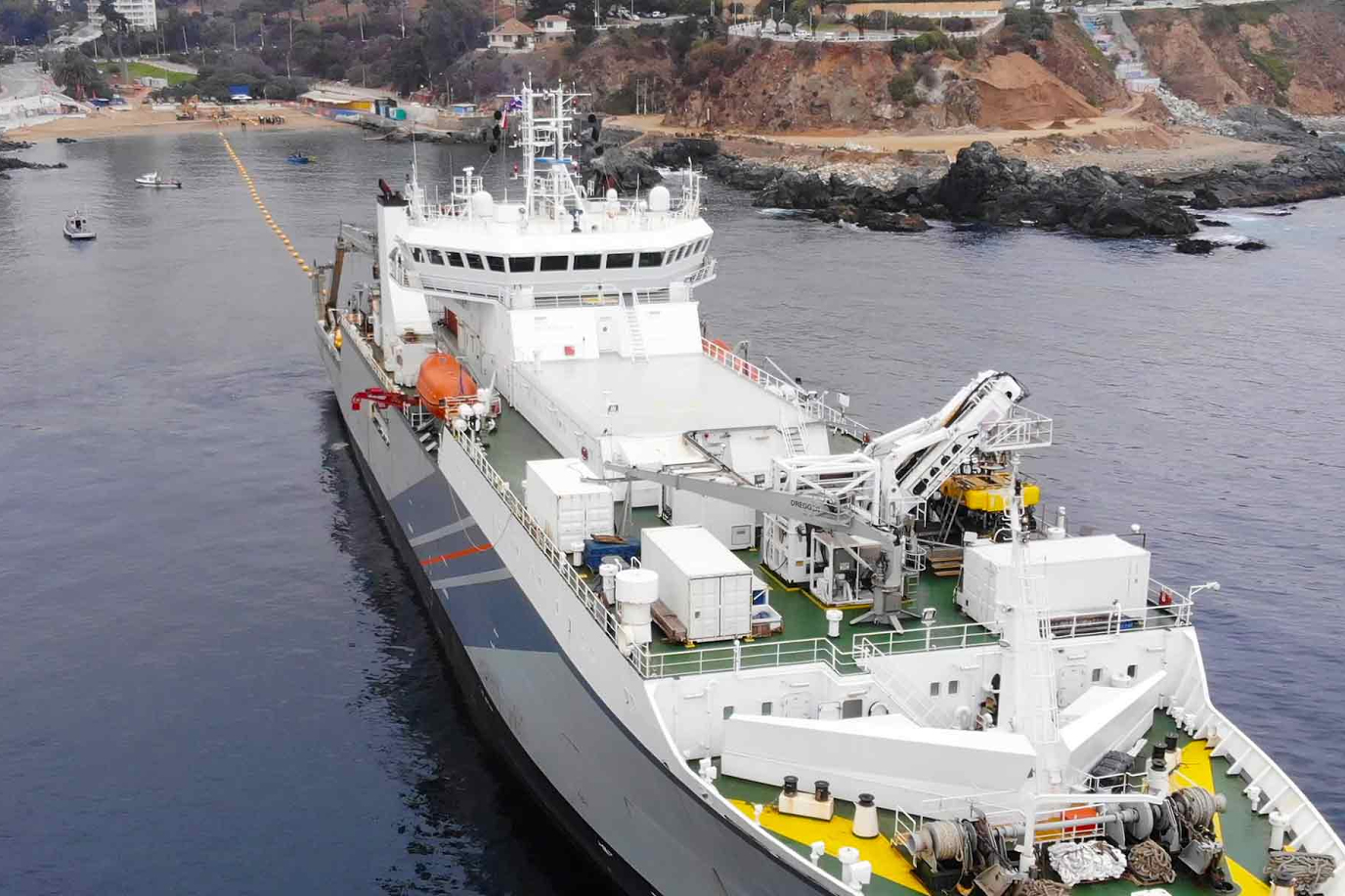 Grace Hopper, Google’s submarine cable that will connect the United States with the United Kingdom and Spain , has arrived in Bilbao. The company has announced that the cable is installed on Sopelana beach (Bilbao) and will be connected in collaboration with Telefónica. This aims to “improve the network that provides Google products and services, such as Google Cloud, to telecommunications providers.”

Specifically, Google’s submarine cable has 16 pairs of fibers and includes one fiber switching technology , which makes sure to send data without slowdowns or outages. The submarine cable will increase the speed and flexibility of the network. This will improve Google’s services focused on the business landscape and much of the telecommunications infrastructure across Europe.

The submarine cable will run more than 6,000 kilometers of ocean between New York, United Kingdom and Bilbao , where the installation started this morning with the help of Telxius, Telefónica’s infrastructure division. It will not be until 2022 when the cable becomes operational.

The name of Google’s submarine cable pays tribute to Grace Murray Hopper , American military and computer scientist who invented the first compiler to translate the programming language and helped in the development from COBOL, one of the first and most advanced programming languages ​​based on English.

The Google’s submarine cable, a breakthrough in its digital transformation project

Grace Hopper submarine cabling is also the first funded by Google to arrive in Spain. It is part of a project of digital transformation, which also includes the opening of a Google Cloud facility in Madrid. Again, in collaboration with Telefónica. The goal is to offer low latency and better performance to Google Cloud customers in Spain. Counting, in addition, with all the security and data protection standards.

Google Cloud Platform is about service from Google that offers IT solutions to companies and professionals , which in turn, allow you to offer better resources to your customers. Recently, Google started a collaboration with SpaceX to bring your cloud computing service to companies and professionals located anywhere in the world, thanks to the StarLink broadband connection.