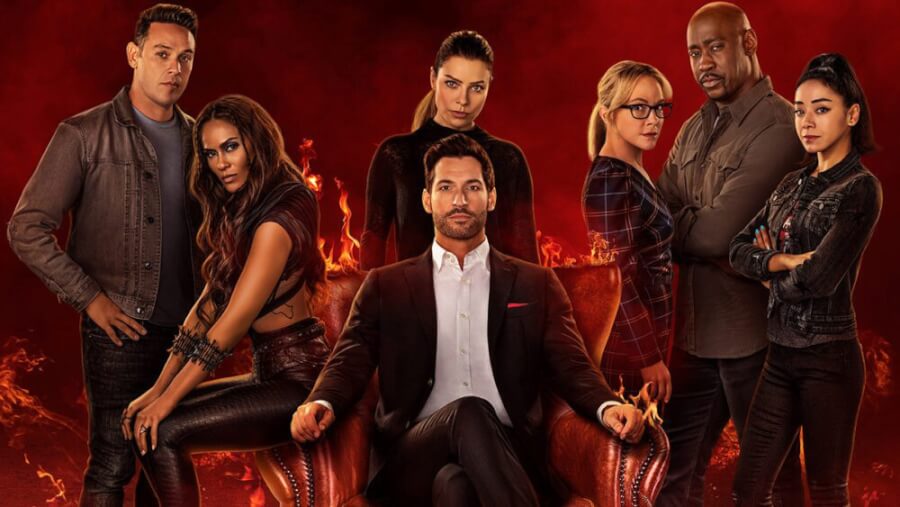 Lucifer , now a Netflix series , reaches its sixth and final season after surviving an almost epic journey on television. From an early cancellation to an unexpected revival, to the end leave a feeling of bittersweet satisfaction. The series achieved what seemed impossible: overcome its origin and plot failures to achieve something more. Turned into a cult phenomenon and with a universe populated by endearing characters, the series says goodbye with a sixth season bittersweet, emotional and intense.

Of course, for showrunners Joe Henderson and Ildy Modrovich, the devil is in the details. And it is not just a play on words. After the fifth season ended on an cliffhanger impossible it was inevitable to wonder where it led the history. In the end, the plot opted to do what it does best: create a gracious look at the human condition, while also humanizing the divine.

The farewell to Lucifer , now a Netflix series, is something more than the closing of an extraordinary stage for a series that began as a failed experiment. With its nearly hour-long, self-closing procedural tone, and unlikely love affair, there was little to be said for the story. Based on the comic of the same name Vertigo, the series reached television preceded by controversy. There were comments about the change of tone , of characters that did not fit their version on paper and even for its protagonist Tom Ellis. The actor, who was brimming with charisma and appeared to be the only mainstay of the show, stoically faced hostile criticism.

But the sixth season proves that the effort was worth it. Lucifer tells perhaps the most unusual, emotional and kind of stories about fallen heroes and their own redemption. It does it without losing the good humor, its peculiarities and failures. Finally, this bored prince who decided to come to earth to find something to do in his eternity found his goal.

Between a battle, tears, love, goodbyes and, in the end, heaven

Season 5 ended leaving Lucifer a beaming antihero convinced of his own malevolence in a complicated situation. After fighting his brother Michael in a strange battle between archangels, Lucifer was victorious. And also with a new responsibility: take the place of God . The turn of the screw pushed the character into a new and unknown space. Season six missed an opportunity to delve into the idea of ​​the divine, the human, and the power of something more intangible.

And he did it with a device that kept the plot from seeming to jump in a mystical, ridiculous, or incongruous way. In fact, the look of the script focuses on the connection of the world of man with that of the sacred. But without leaving aside the self-exploration of its main character. Despite last season’s change of direction, one thing is obvious: the series will always be about Lucifer and his self-exploration . A process that entails the overall growth of all its characters and that in the end has brought the greatest weight of the plot.

In fact, the most notable thing about his final season is that despite the changes in settings – and responsibilities – it is his ability to maintain their identity. Lucifer takes his father’s place, but remains interested in asking himself the right and uncomfortable questions about his divided nature. Again, love is everything and also that strange perception about morality that is more mythological than sacred.

Perhaps for that reason, the Netflix series makes a considerable display of special effects. Gone are the chapters with brief samples of the angelic capacities of their characters or brief flashes of spectacularity. For its last chapters, Lucifer assumes its quality as a fantastic product and does it on a grand scale, with an astonished vision of its identity.

The plot, which twisted the thread of the divine, uses the narrative pirouette of the devil who redeems himself, with creative ease. The result is a season filled with spectacular scenes and a rare, almost naive quality to define itself. Where does the devil go when he no longer has someone to provoke? It’s perhaps the biggest question on the show and the one it answers most elegantly, despite its stumbling blocks and puzzling narrative twists.

For the occasion, the Netflix series brings a new mythological and mysterious character. But he does it with all the subtlety and good work that allows the great revelation to be the central point of something more elaborate. The arrival of this enigmatic figure is what allows the plot to advance to unexpected places. And it is appreciated that the great final conflict has more relation with the internal tension of the series than with sudden narrative contradictions.

One of the great moments of season six is ​​actually the way all the characters grow up. And they do it after a long journey that takes them to unknown points. Maze once again becomes the center of one of the most important threads. The same as Amenadiel. Each of them finds its highest point in the long journey that the series took care of with care. And finally Chloe stops being just an occasional romantic interest to reach a new dimension.

The detective, after turning from a divine gift to an easy excuse for Lucifer’s redemption, is now a hero own right. And this small change which structures the series in the correct direction of a brilliant ending . Much of the plot of season six of Lucifer is a huge tribute to Chloe, often downplayed and forgotten.

For a series that left FOX at the risk of losing its essence and that found on Netflix the possibility of experimenting, season six it is a gift. The farewell to his audience is moving, but also the search for meaning. For its final scene there will be tears but also smiles. And of course, a Lucifer in top form that will flap its wings to remember that in hell and in heaven there is room for a heart.