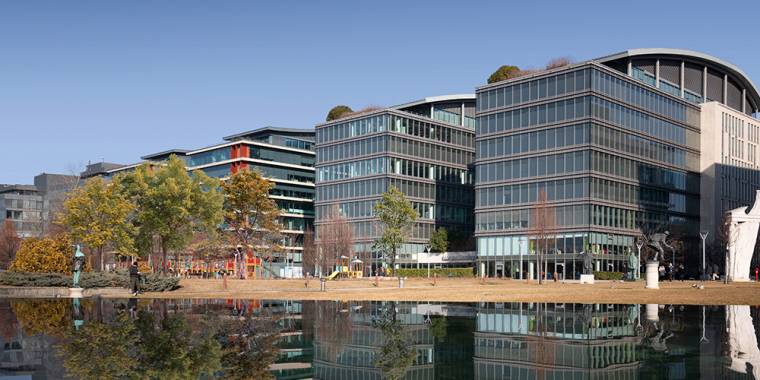 Mathematical research does not always have immediate tangible results, it often takes years for an “elegant” solution, a novel method, to be put into practice. However, there is an area where a new model or algorithm is quickly put to the test, the banking world. The world’s financial markets may find out the next day whether the innovation has worked. This challenge attracted György Ottucsák and Ágnes Jónás to Morgan Stanley’s 15-year-old Hungarian headquarters in the field of machine learning and evolutionary biology.

Morgan Stanley opened its first office in Budapest 15 years ago. In 2006, work began with a mathematical modeling team of a few people, and in the decade and a half since then, the Hungarian headquarters of the global financial institution has expanded to a technology and analysis center of 2,000 people. From technology to risk management, a number of new businesses have entered the Hungarian capital – but the first modeling department is also constantly growing and offers opportunities now for those who would like to face new challenges in the quantitative field.

The frontoffice team, which supports the issuance and trading of securities, employs over a hundred quantitative staff – mainly mathematicians, physicists, technical IT specialists, financial analysts, but also includes biologists, chemists and meteorologists.

Experts develop, inter alia, mathematical models that map market patterns, price different financial products and use algorithms to support money market trading. The effectiveness of these models and algorithms plays an important role in a firm’s ability to successfully trade in a particular asset class, such as government bonds or corporate stocks, possibly in the foreign exchange market.

From theoretical mathematics to government bonds

György Ottucsák joined Morgan Stanley in 2014 and is currently modeling in one of the most important asset classes, the government bond market. He graduated from the Budapest University of Technology and Economics as a technical computer scientist and wrote his doctoral dissertation on machine learning. At that time he was not interested in the practical use of artificial intelligence, but in pure theory. Around this time, even programming was not emphasized in his life, which is now essential in his daily work. After earning his doctorate, he used his knowledge to solve practical problems at startups, but he found the most inspiring task at Morgan Stanley.

“I have previously applied my knowledge to areas such as retail product traffic forecasting. This is an interesting task, but forecasting has no effect on traffic. They will not buy significantly more or less of a given product from what our model predicted. the situation is different in finance “- explains György Ottucsák.

– If a team develops an algorithm that can execute profitable trades in large batches, this opportunity will soon disappear from the market as others begin to copy as well. The whole market is learning. If you don’t improve your algorithm, you’ll fall behind, so new challenges await you every day. In other areas of machine learning, such as an image recognition system, we sooner or later get to an accuracy from which there is no more. There is always room for improvement in finance. ”

Before joining the Morgan Stanley team, György Ottucsák thought that government securities were a stable, not very exciting investment. And it really is. Morgan Stanley, for example, is present as a market maker in the government bond market, ie it trades in large volumes and with many partners, while trying to minimize risk: if you take a position, you want to hedge the risk as quickly as possible with a reverse transaction. . This often involves mixing a portfolio out of many similar financial instruments, which is not a trivial task – there is a lot of math behind it. This is now mostly done automatically: algorithms run in the background, price the securities and counterparty risk, close the deal, look for hedging opportunities in the market, and even buy the assets. The algorithms operate under human supervision, and for transactions above a certain threshold, explicit human approval is also required to conclude the transaction.

“There is a lot of competition in the money market, and technology is crucial here. Today, only a company that produces good algorithms can trade efficiently and make a profit. This requires good quantitative professionals who come to our team from many different fields. Once they have entered the Budapest office, they can learn from the most experienced money market professionals, gaining very valuable knowledge to turn their IT and math skills into practical financial problems.The team has many smart people working together, 20-30 percent of whom have PhD degrees. we learn a lot from each other, “says György Ottucsák.

From vinegar to derivatives

Ágnes Jónás came to the Morgan Stanley mathematical modeling team with certain quantitative knowledge, but from a remote area, and received her PhD in population genetics in 2016. In his research, he used time-series models to understand how individuals in a population adapt to environmental change. Among other things, he researched the occurrence of variations in the influenza virus – which became a very interesting area in the later epidemic situation.

The young researcher mainly experimented with vinegar butterflies. It is an easy-to-maintain and rapidly reproducing species, so over the course of a few years, hundreds of generations, in large numbers, have been able to study how the gene pool of a population changes. At first glance, there are not many things that link vinegar to the financial markets – in fact, similar methods must be used in both areas.

“There are many commonalities between population genetics and my current field of expertise, derivative products and counterparty risk pricing,” explains Ágnes Jónás. ” how the change has affected the gene pool, here’s how the change in certain parameters affects, say, the price of oil. And we do all this in similar programming languages. ”

Smart and open people around the world: they believe in the power of community knowledge

Programming skills are essential for mathematical modeling: no matter how good a theoretician is, someone slows down their work if they come up with ideas. you can’t “scrip it down” right away. Ágnes Jónás had already acquired this knowledge during her biological studies. He was also instrumental in working with Morgan Stanley to work in an inspiring, multicultural environment similar to what he experienced during his doctoral years.

“In my doctoral school, I used to work with scientists and professionals from many countries and backgrounds: mathematicians, physicists, biologists from all over the world. I work at Morgan Stanley in Budapest in the same environment, which is important to me. it also connects with employees who now work in New York, London, Tokyo or some other office, and it’s good to know that an international career opportunity within the company is open to everyone, ”he pointed out.

An important core value of Morgan Stanley is that employees give something back to the community in which they live and work – this is the so-called “giving back” philosophy. For members of the mathematical modeling team, this is often done as part of an educational activity. György Ottucsák has been teaching information theory and data science at the University of Technology since 2008, and he leads the team that coordinates Morgan Stanley’s student initiatives, internship program, lab, guest lectures, meetups or even at this university. job fair participation.

It is the heart of Ágnes Jónás to increase the proportion of women in science, informatics, technology and mathematics (STEM). In addition to being an active member of the company’s internal network of Women’s Quantitative Finance (Womenin Quantitative Finance), she is doing her best to teach the new generation to make the career attractive to more young girls. Along with many other Morgan Stanley employees in Budapest, she is also a member of the mentoring and teaching team that runs mathematics and programming courses for high school students as part of the SMARTIZ program, initiated by the Women in Science Association (NATE) and supported by Morgan Stanley.