TAKEAWAY: As per a recent Freedom House report, as high as 90% of the world’s internet users are being monitored, with heavy surveillance being conducted on social media. China ranked as the most “restrictive” country whereas even free countries like the USA and the UK are not 100% free.

The report, 2019 Freedom on the Net, comes from an “independent watchdog organization” Freedom House. And after reading the whole thing (PDF), that still feels like it’s underplaying the growing tire fire that is social media.

While the ongoing efforts to interfere with elections are a huge concern, the breadth of surveillance is just as disturbing. According to the report, 40 of 65 countries it studied (about 62 percent) “have instituted advanced social media surveillance programs.” 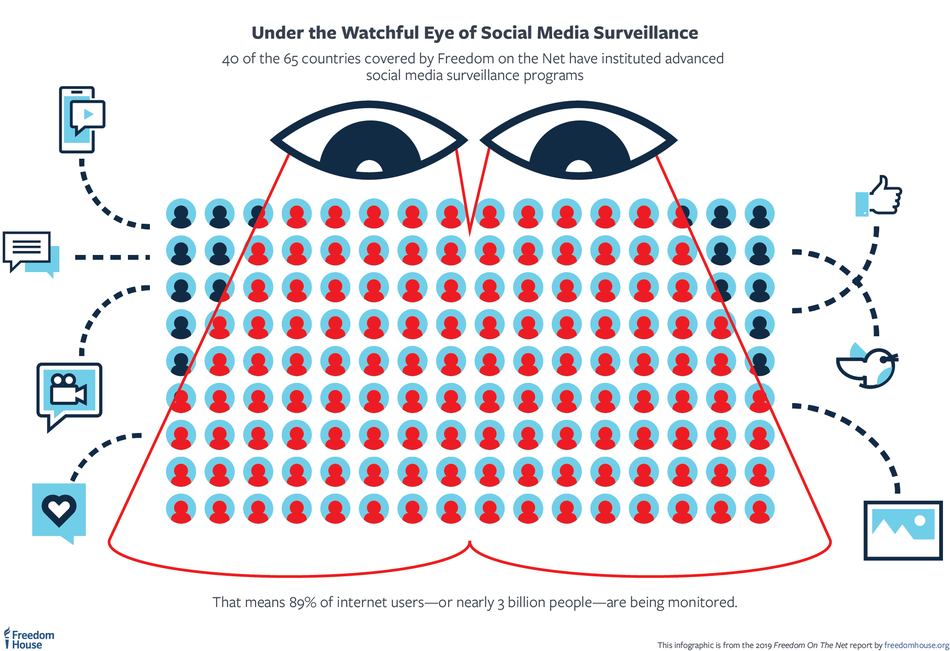 In terms of internet freedom, China was ranked as the least free country. Russia and Egypt were also ranked as “not free.” In total, “89 percent of internet users or nearly 3 billion people” fall under some sort of surveillance program, an absolutely staggering number.

Be Alert. Be Updated.

Sign up to our newsletter and get interesting stuff to your email inbox.

Thank you for subscribing.