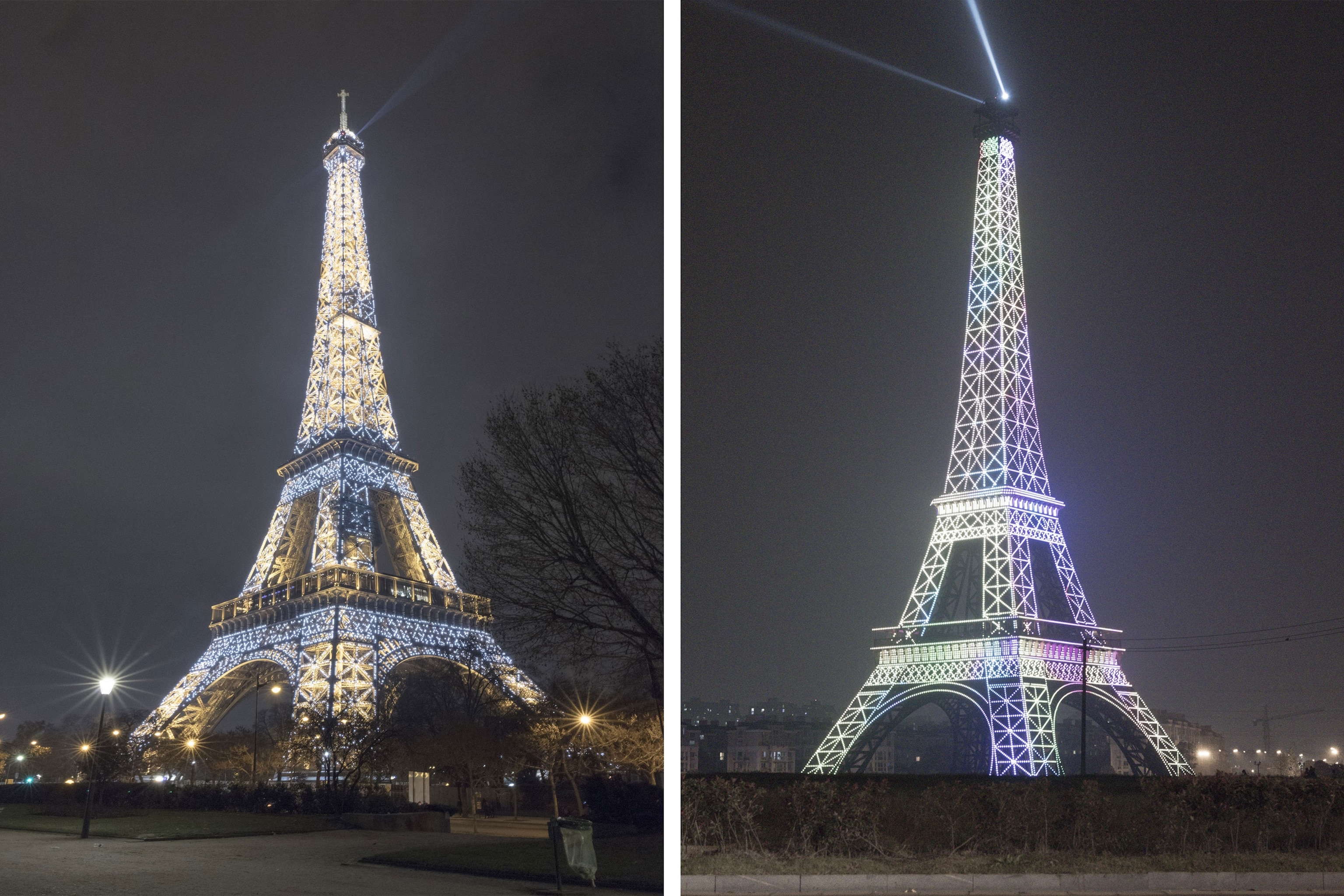 In eastern China, in the coastal province of Zhejiang, there is a 107-meter replica of the Eiffel Tower , surrounded by 12 kilometers squares of Parisian-style buildings, fountains and gardens. Conceived as a kind of dormitory town for some 10,000 people, Tianducheng, the Chinese copy of Paris, is not the only one. There are also London, Venice, Austrian towns …

The Chinese vision of copying and plagiarism has been widely studied, and more from the point of view western view. The conclusion reached by various authors is that from the point of view of the Asian giant, replication is a way of giving credit to the original work. Whether this exonerates the thousands of tons of fake products being sold from China is another matter. Jack Ma, founder of Alibaba , even said about it that the problem is that right now the Chinese copies are better than the originals.

“In China, copying something is showing deep respect for its manufacture. Traditional Chinese society is very hierarchical: there are the masters of their art and many artists copying those masters in every detail, as thoroughly as possible. This is understood as a tribute because the teacher is the great genius ”, explained in this regard to the BBC Ben Goodger, an expert in intellectual property.

But let’s go back to these strange cities. Doubling as a trend emerged in the 1990s. The opportunity to live in a home that represented the historical greatness of the West was then viewed as an attractive prospect for many Chinese citizens who had improved economically in recent years .

Tianducheng, his Paris, -also known as City of Heaven- opened its doors to the public as a luxury urbanization in 2007 . However, it remained largely unoccupied, as Chinese citizens rejected its strange theme and location, away from practically everything. It can be said that the Chinese replica cities are the counterpart of the Spanish construction boom. Oversizing everywhere that, in many cases, has ended up unusable.

Tianducheng is certainly not The only one. As the Chinese economy began to grow in the 1990s, the duplication of Western architecture became a fad, as citizens increasingly wanted houses that would convey success and wealth on a global scale. Since the early 2000s, “fake” cities and imitations of world cultural landmarks have sprung up in every corner of the country.

In Hebei, a Two hours north of Beijing is a version of Jackson Hole, Wyoming , strangely similar to the American West. The resort town – where wealthy Chinese residents vacation – has a plaza, cowboys, a church, and Route 66 running through it. In 2001, the Shanghai Planning Commission embarked on the “One City, Nine Towns” project, which aimed to create satellite villages with multiple themes in an attempt to alleviate the growing population of the city center.

Thames Town , in the Songjiang district, looks like a caricature of the London neighborhoods. Its row-house streets are paved with cobblestones and feature red telephone boxes, cathedrals, guards dressed in British uniforms, and a statue of Winston Churchill. Just an hour’s drive east in Suzhou is a replica of the Tower Bridge, which has four towers instead of two.

Thames Town and the Eight other cities modeled after the great architectural successes of the West function both as housing developments and tourist attractions for those who cannot go to the real city.

Chinese families who cannot afford travel to the Parthenon of Greece can visit Lanzhou, in Gansu , to view a copy. Other famous monuments have also been erected throughout China, such as the White House in Washington DC, the Colosseum in Rome and the Great Sphinx of Giza in Egypt.

Rise and fall of the ‘duplitecture’

This culture copying, as we said, has deep historical roots. As China’s first emperor, Qin Shi Huang, of Terracotta Army fame, conquered rival kingdoms in the 3rd century BC. C., built a replica of each of its palaces within its own capital city. More recently, this replication can also find an explanation in cities such as Tianjin, which during the last years of the Qing dynasty was divided into concessions to foreign powers , from France to England. or Italy. Today there is an attempt to copy Venice as heir of part of the buildings left by these foreign colonies.

These are all examples of China’s madness so Bianca Bosker, author of the book Architectural Mimicry in Contemporary China , where he puts the nickname of “Duplication” . “There have been cases of success in some of these cities, and also others that have fallen into oblivion or have become only great settings for wedding photos. But when it comes to knowing why they exist and what gave rise to them, beyond the fascination for the West, I think it is simply something that at one point became fashionable and where people were happy “, said the author to Newsweek .

Of course, not only the Chinese love to copy. A century and a half ago, the rapidly progressing United States was a center for forgeries and copies, and they also have a host of more recent architectural replicas, including field pavilions at Epcot in Florida, and many examples in Las Vegas.

But according to Bosker, while many Westerners think that faux architecture is kitsch and bizarre, many in China find it truly charming.

Visit Europe in China … Until the Chinese Government limited them

In recent years, the Chinese government has tried to curb this trend. In 2016, the State Council of China published a document which demanded that all new buildings be “adequate, inexpensive, green and pleasing to the eye.”

President Xi Jinping, who initially called for the end of the “strange architecture” , led the directive after the rapid expansion of Chinese cities and increased urbanization gave rise to a wave of strange buildings, not only from imitations, but also with extravagant skyscrapers.

Although the order did not was specifically aimed at copy buildings, they were included in the directive. “Artwork should be like the blue sky sun and spring breeze, inspiring minds, warming hearts, cultivating taste, and cleaning out undesirable work styles,” Xi said. The order also bans gated communities and unauthorized developments.

Xi’s criticisms of excessive architecture have since influenced government decisions. premises when granting the authorization of the buildings . “In general, local governments now tend to approve more conservative designs,” said Feng Guochuan, an architect from Shenzhen, at New York Times .